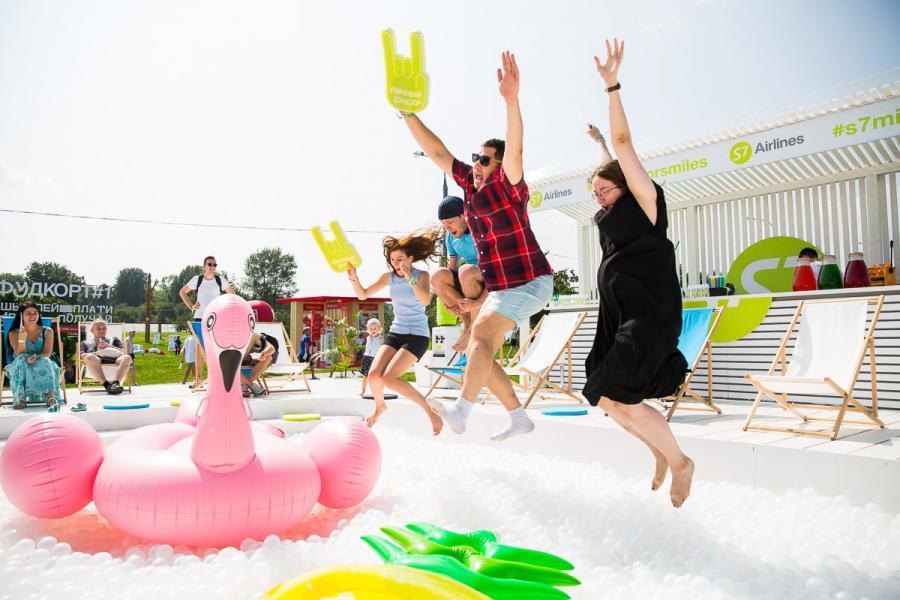 July 30, 2016 in the Kolomenskoye park was the Afisha Picnic - the largest in Moscow
An outdoor music festival gathering about 50,000 people annually.
The Russian airline S7 Airlines for the first time acted as an official partner
festival.

Pool & Bar S7 Airlines is located opposite the Summer Stage by S7 scene, which brought together bright
representatives of musical culture - Tesla Boy, Mujuice, Adrian Younge, Skepta and their
fans. In the same "area", many additional activities from S7 were concentrated.

To convey to the guests of the event the concept of the S7 brand # engage in happiness and offer
entertainment, giving the opportunity to feel this idea.
Attracting a new audience to the S7 Priority loyalty program.

Implement integration into the event in accordance with the brand image of S7 -
modern, vibrant, active, calling for action.

“For us, this project turned out to be the concentration of all our summer emotions and sensations. Even
I didn’t have to tune in with the brand concept. S7 team, concept
brands - exactly the same as the project itself: lively, bright, real. It was very easy for us
come up with how to fill the project. Emotional compatibility and general tastes are
still an incredibly important thing ”- Polina Tolkacheva, Partner at Eventum Premo

To activate the S7 loyalty program, the hashtag # s7milesforsmiles was invented. He is in
fully reflects the communication platform of the airline
HAPPINESS, because we smile when we are happy.

The main objective of the integration was, of course, attracting a new audience to
loyalty program. Guests of the event were registered in the system and received
S7 Priority temporary card to collect not only smiles, but also miles. Total
the airline raffled off 7 million miles that could be credited to real
S7 Priority card, or exchange for cool gifts from the company.

Summer, the sun, friends, music, emotions and an almost physical sense of happiness are simple and
A popular cocktail from Pool & Bar S7 Airlines.
Someone was relaxing on chilbegs, listening to their favorite artists, someone took refuge in the shade of the veranda
with great views on the 2nd floor. And some fulfilled an old dream and dived into
cloudy pool with balls. I must admit that this zone has surpassed our most
bold expectations for popularity, and judging by Instagram, has become one of the main photo zones
activity. Vacationers in deckchairs on the terraces freshened up with nano-ice cream and
thermal water.

You could have fun and collect a significant amount of miles on a digital trampoline - jumping,
the participant flew the plane and caught miles on the screen.

Also, for digital lovers, we came up with the “Spherum” maze - using a mobile
the phone you had to draw a ball through the maze and charge yourself several hundred
miles

S7 managed to gather in one place a community of bright and active people for whom it is close
brand philosophy. Corner S7 successfully fit into the concept of the festival, because Picnic
“Posters” is about summer, good music and endless happiness. 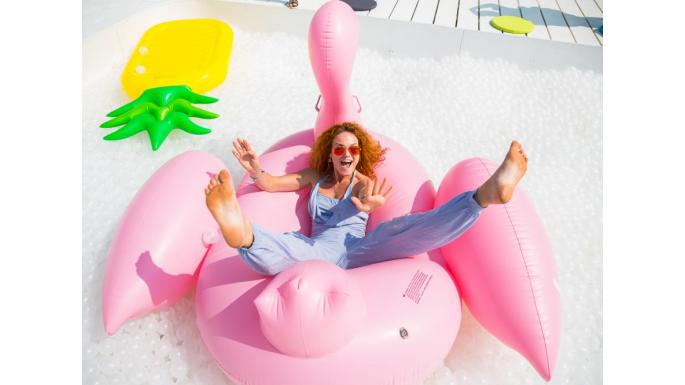 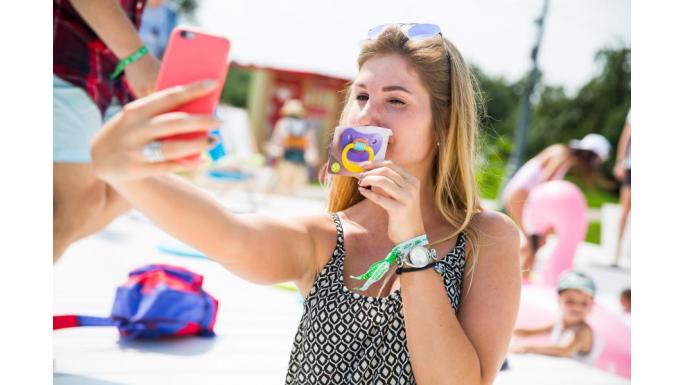 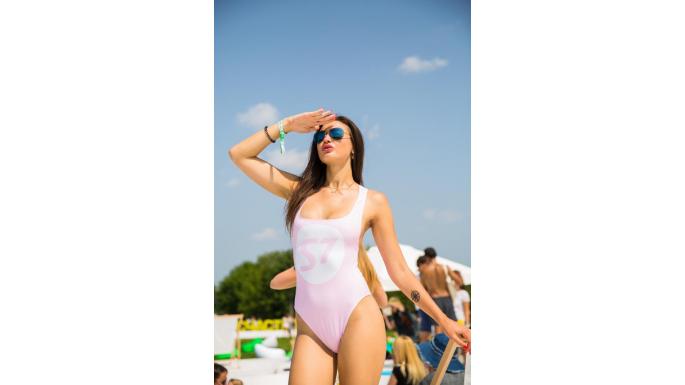 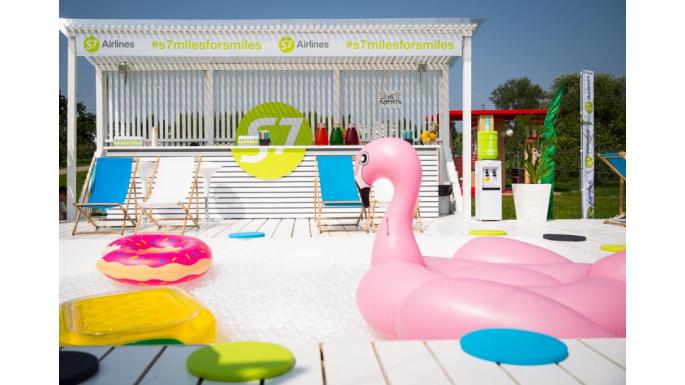 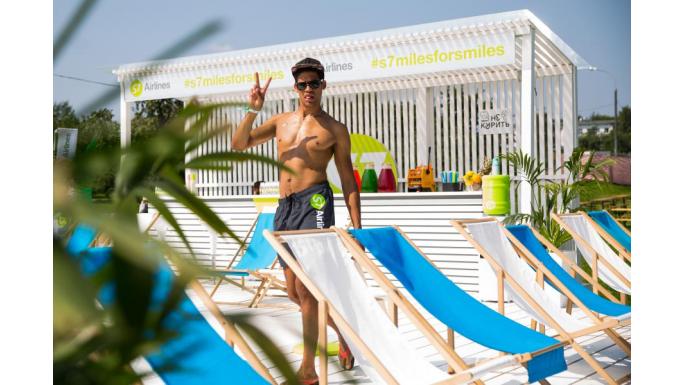 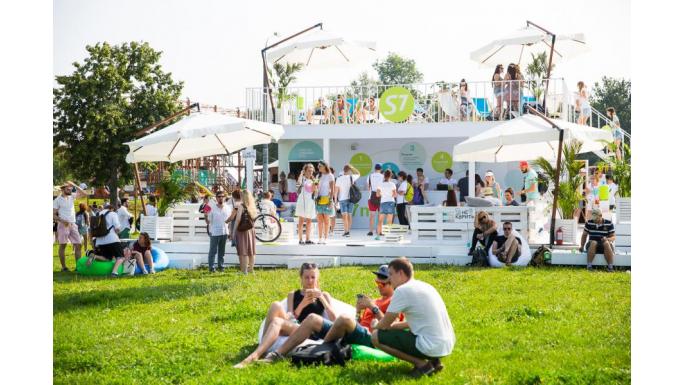 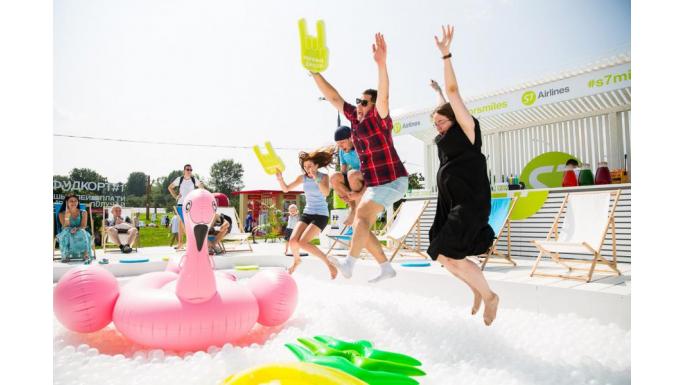