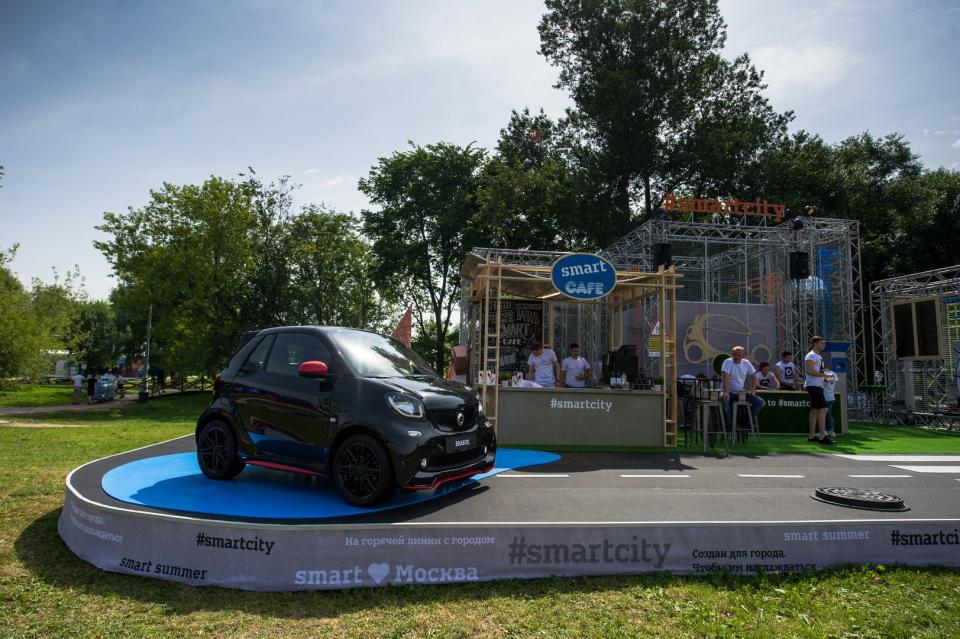 The smart stand at the Afisha Picnic is a real city - smart city.

We created the central street of the metropolis with the attributes of modern street culture. They demonstrated how smart fits perfectly into the conditions of the city, how it complements the city and how the city complements it. At the stand it was possible to drink coffee, eat ice cream, take many unusual photos, take part in activities and, of course, learn more about the brand and sign up for a test drive.

“Smart on the hot line with the city”, this was conveyed even in insignificant elements of the scenery Chips: -styling a stand under the city with iron skyscrapers and asphalt coating -professional dancers supporting the atmosphere of the “hangouts” on the stand under the brightest hip-hop hits - real branded hatch from which two-meter steam escaped - the audio installation "" sounds of the city "" - touching the parts of the drawn city, you could hear the sounds of the metropolis.

A joint project with Playtronika - two-meter ice cream with a thawed puddle, three meters in diameter - a disco ball letting out solar (during the day) or electric (at night) bunnies throughout the nearby territory - a psychedelic tower with a mirror floor and ceiling, between which a swing is suspended - an unusual three-meter traffic light, burning green all day - finger art, the artist painted your sketch on your finger, which could be photographed next to the model car - souvenirs: candy machines and car flavors in the form of smart cabrio, smartforfour and smartfortwo - giant tetris pieces that needed to be put in the trunk of smartforfour for speed and win powerbank - the most detachable promotion staff on the stand dancing in hand-made form all day 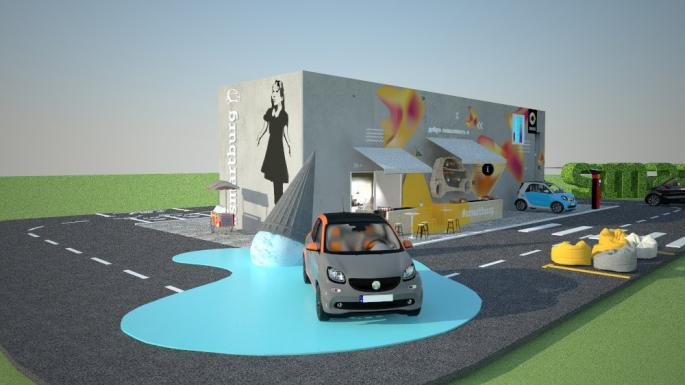 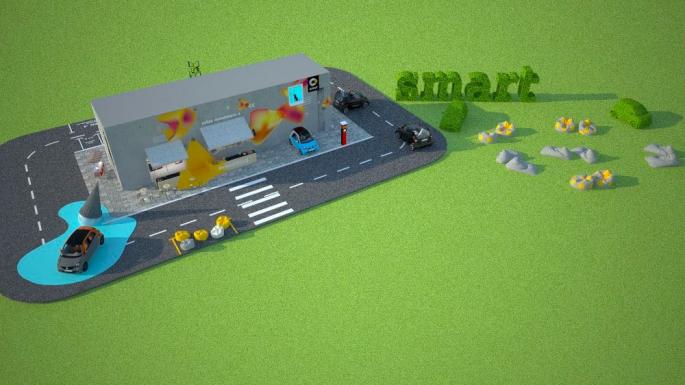 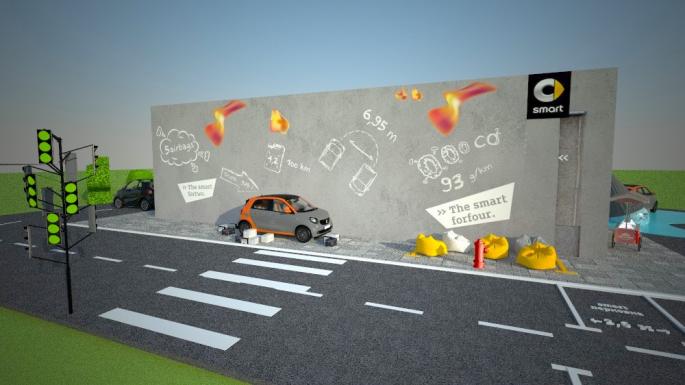 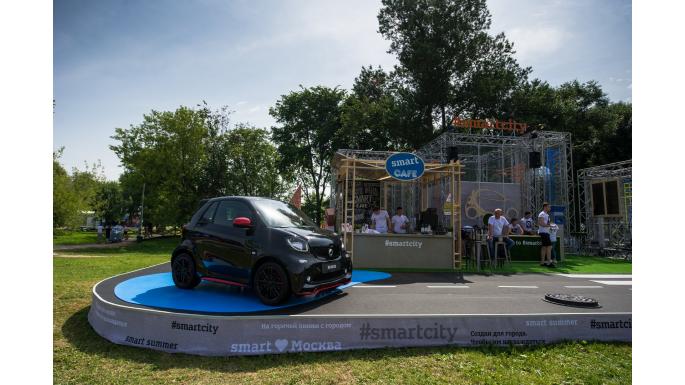 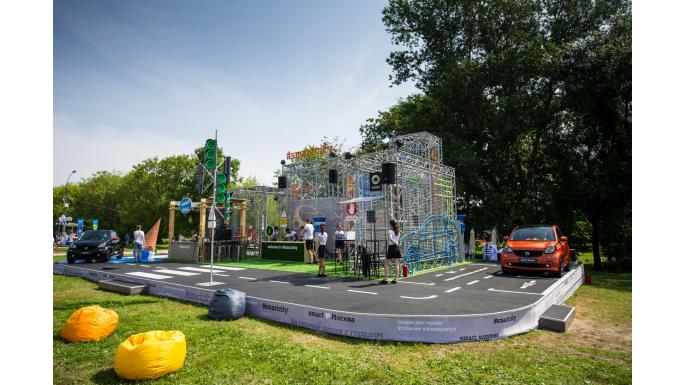 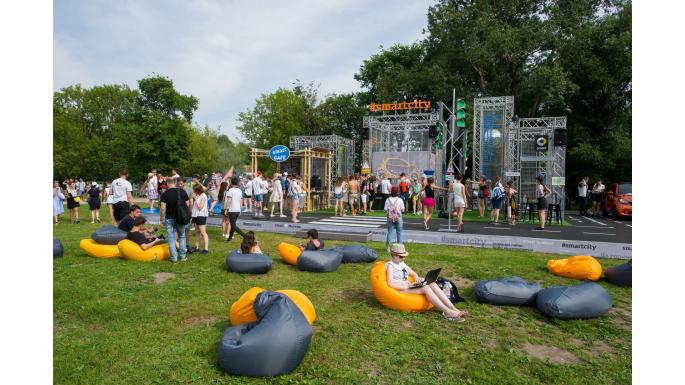