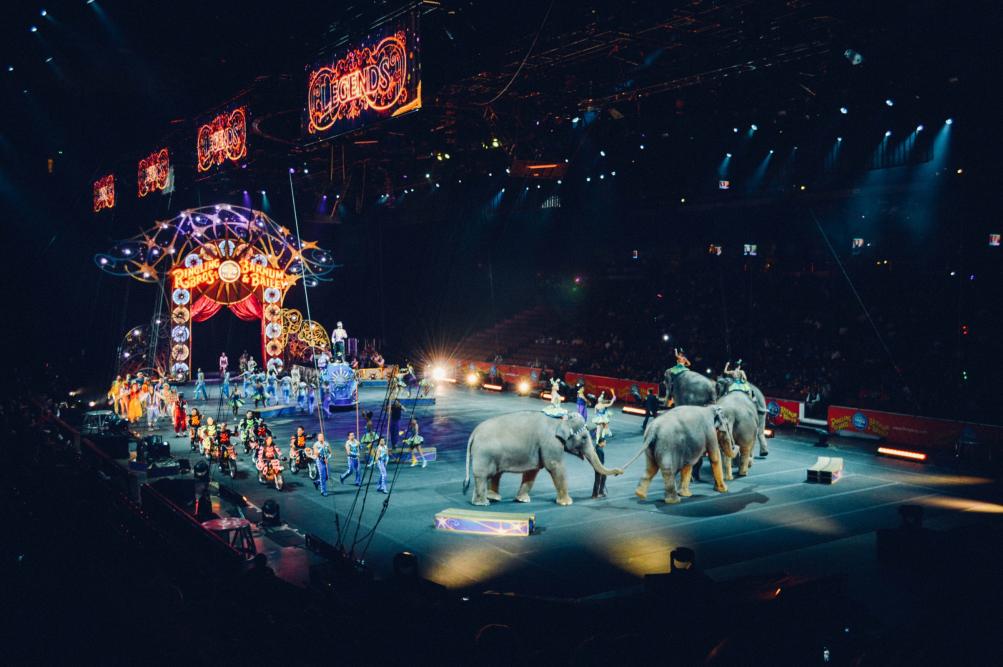 In 2004, Time Magazine named him one of the 100 most influential people in the world. As of 2006, its 95% stake is valued at $ 1.2 billion. He is an astronaut, a poker player, the most famous clown on the planet. He created the Circus, which has gone a fascinating way from the dream of a talented person to a mega-corporation that brings together talents from many countries and fascinates the audience in any part of the world. Canadian Cirque du Soleil is called "tomorrow's global entertainment industry."

Guy Laliberté, born September 2, 1959 in Quebec, Canada. He began his career at the age of 14, speaking on the streets of his native city - he swallowed fire, walked on stilts, played the accordion.

At 18, he dropped out of college and went on tour with a troupe of traveling circus performers and traveled half the world. Returning to Canada, Guy Laliberte finds like-minded friends among his childhood friends. This is the owner of the consulting company Daniel Gauthier and street circus Gilles Saint-Croix. Together they develop the concept of a new circus and draw up a plan for its implementation.

Laliberte convinced the Montreal authorities that very little time would pass and the new circus would become Canada's hallmark, along with maple leaf and hockey. They believed him and allocated the amount needed to stage a performance in honor of the 450th anniversary of the opening of Canada. So in 1984, the company Cirque du Soleil was created. This name contains an unforgettable image, a universal scale, warmth and brightness that we managed to realize.

Following successful performances in all major cities of Canada, the performance failed in a big top, built near Niagara Falls. Tourists admired nature, ignoring ads from an unknown show. The circus of the sun nearly burned out. However, at the circus festival in the USA, Lalibert's undertaking was waiting for the success and attention of serious investors.

In the 90s, Laliberte travels a lot, studying the circus art of different countries and peoples. Over time, this experience became the basis of most performances. Laliberte created a circus, which synthesized various circus styles from around the world, which they managed to translate into subsequent shows.

Guy came up with two completely brilliant things: he let go of animals and fed the artists. He realized that you can’t save on two things - on food and on children. Artists tour with families, and with them - cooks, doctors and teachers. For 25 years, a whole generation of circus children has already grown up in the circus.

FACTS & FIGURES
Today, the Circus of the Sun is a colossal enterprise in the world of show business, attracting more than ten million viewers a year.
It employs almost 4,000 people, including over a thousand artists, the rest are the administration, directors, stage directors, artists, musicians, trainers, technical personnel, personnel department, teachers, cooks and security

The main headquarters is in Montreal. This is a yellow-blue building with an area of ​​18,600 square meters, in front of which stands a monument - an old clown shoe cast in bronze with an open mouth. The ceiling height of the large training room is 23 meters. Most of the administrative and creative staff work here - 1800 people. In this huge laboratory with the most modern equipment, the best creative forces of the planet are gathered to create new circus projects.

In the world there are seventeen different shows under the brand of the Circus of the Sun: ten stationary halls (in Las Vegas, New York, Orlando, Tokyo and Macau), the rest of the shows tour around the world. For example, viewers of the Eurovision Song Contest in Moscow were amazed by the “flying pools”.

The average capacity of a big top is two and a half thousand people. Tickets for any performance of the Circus cost from 50 to 180 US dollars. The annual income from the performances is $ 810 million. The company spends $ 45 million annually on auditions for new artists.

Equipment during the tour carries 71 trailer. Fabric for the main tent weighs more than 5 tons.

The circus performances of the Sun were watched by 80 million people.

The creation of each circus program takes from a year to 3 years, but it has been exploited for 12-15, or even more, years. The contract with each artist is concluded no less than for a year. Some remain on the show for many years.

Formula of magic
The main difference of the Circus of the Sun: any performance is an integral performance with a single dramatic basis. The rooms smoothly flow into one another, without destroying the general atmosphere of the spectacle. The action is a single stream, in which there are rapids and quiet backwaters. A new musical score is specially written for each show, and live singers are necessarily present on the stage as characters.

Light is a living, full-fledged participant in the action. Non-standard and very strong choreographic decisions, for example, when several acrobats jumping on a trampoline cross track to music form amazingly beautiful patterned trajectories.

You will not see such fantastically beautiful costumes and decorations anywhere else. Successfully used technical innovations, many of which owe their appearance to the "creative office" of the company, where Guy Laliberte collects 7-8 of his