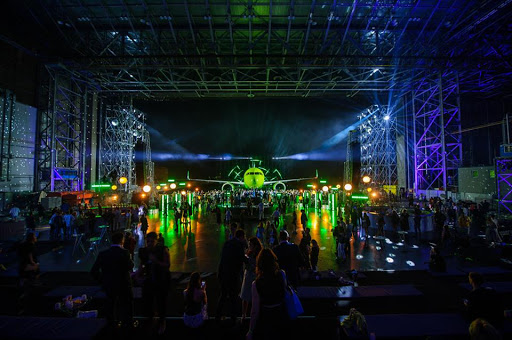 What are hybrid events? A simple and short explanation:

Thanks to special digital projects on social networks such as Facebook, Instagram, Snapchat, Vkontakte, services like Youtube, Vimeo or even messengers like Telegram, a large audience reach is created. If the idea is original and attracts the interest of the audience, users will watch videos, participate in contests and share in their social network accounts, thereby increasing the overall audience of the project.

In this sense, the organization of special events in combination with the projects of the Digital Agency creates an occasion or high-quality involving content that is conveniently distributed through social media. The effect of the event is multiplicable, far exceeding the scope of a regular event. And a digital project has unique and real, non-virtual content, which is always valuable. This combination of offline events and online escorts is called - Hybrid events.

In this case, it’s convenient and correct for the Digital agency to use streams - a live broadcast in real time to which the audience can connect to monitor what is happening at the event.
Here are some examples.

Hybrid event - Airbus Neo presentation for S7 Airlines.
The number of participants in the event is 600 people. However, the project took place in an unusual place - a hangar on the edge of the airfield. Participants are influencers, opinion leaders who broadcast live events. We, as a Digital agency, received a large coverage of the teasing and reporting video and, as a result, millions of views.
http://newandwow.ru/portfolio#!?q=ajax_portfolio&nid=2915

This is a typical digital campaign combined with a vibrant event.
The 1,000,000 Miles of S7 was held in the form of an event for 80 people who participated in an immersive production where winning numbers were chosen in an unpredictable way to determine the winner. The audience of the stream and teasing campaign is millions of people.
http://newandwow.ru/portfolio#!?q=ajax_portfolio&nid=2927

Digital project - Champions League + Nissan
Communication project to support sponsorship by Nissan of the Champions League 2017. In order to expand the audience of the campaign, we have developed a concept that involves not only fans, but also their friends. Each participant could share their arguments for and against football. The faces of the project were Stillavin and Vakhidov, the promotion was carried out through digital channels and radio. The project scope is over 40 million.
http://newandwow.ru/digital#!?q=ajax_portfolio&nid=2716

Summarizing
The most promising tool in the marketer's arsenal is the company of the original event + ensuring coverage of a large audience through a Digital agency.