Innovations "entangled" the participants of the student summit

Eventum Premo likes everything young, bright and innovative. For example, the entire top management of the company even has Breakfast, lunch and dinner in the company with each other and the latest tablets.
That is why Eventum Premo employees were fabulously happy to offer MTS to organize a Student Innovation Summit.

The student Innovation Summit was held on may 12, within the framework of the industry exhibition Svyaz-Expocomm with the support of the Ministry of communications and mass communications of the Russian Federation. The event was held at the highest level and was so liked by the Minister of communications and mass communications of the Russian Federation Igor Shchegolev that he spent more than one hour with students and personally took part in the innovative activities of the Summit.
Eventum Premo knows firsthand that students are fun people. Especially when there are 300 of them, as was the case at the Expocenter summit. Therefore, the organizers needed to organize entertainment areas so that participants could take a break between presentations and discussions on serious topics.
During the welcome part and subsequent breaks, participants of the Summit could test the power of their minds on special "Telekinesis" simulators, where they could move the ball through obstacles with their thoughts.

Also, everyone could test their musical abilities and DJ skills on the unusual music table "Reactable". With the help of special cubes placed on the table, the table reproduces a variety of sounds that can be combined and synthesized into different melodies.

For more relaxed guests, the Dance Heads Studio worked, where everyone could feel like a star and immediately get a disc with a recording of their video clip.
A large led screen measuring 3 by 8 meters was installed in the main hall, and structures illuminated from the inside were installed throughout the hall. They carried an important functional load, helping to change the architecture of the hall during the event. Especially for master classes, the hall was divided into 4 parts with a simple solution - during lunch, black curtains were lowered, which created a cozy chamber, but at the same time convenient for work environment for each master class.
During the event, experts and viewers could vote for their favorite video works. The vote of the audience was carried out with the help of mobile TV viewers online. The screen instantly reflected the number of calls made by viewers.

The event culminated in the Telecom Act game, known to many as Wool Act. The specially invited host started this game with the President of MTS, the Minister of communications of the Russian Federation and the Chairman of the Board of Directors of Sistema, Vladimir Yevtushenkov, who enthusiastically continued it with the audience. Threads of wool, symbolizing innovative ideas, entangled the audience. Everyone was cheerfully "exchanging ideas", throwing balls of colored threads to each other. The result was a real carpet. "Only by exchanging ideas and implementing the best of them, our country can become an advanced innovative power!» - announced a specially invited host, imbued with the importance and solemnity of the moment. 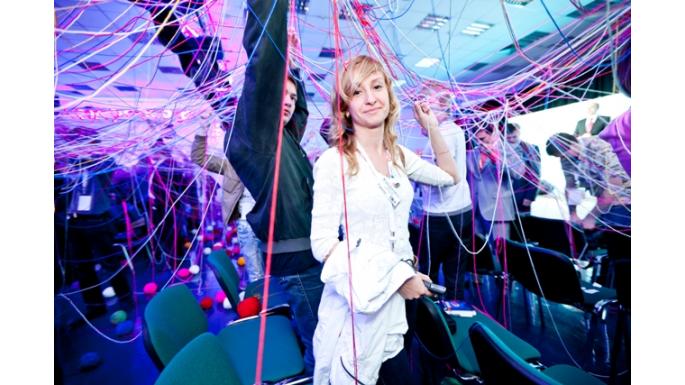 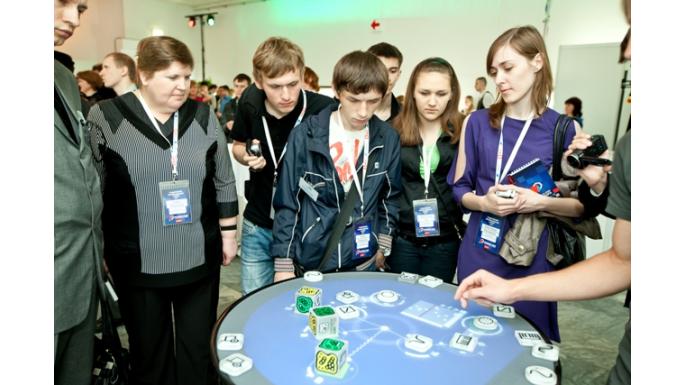 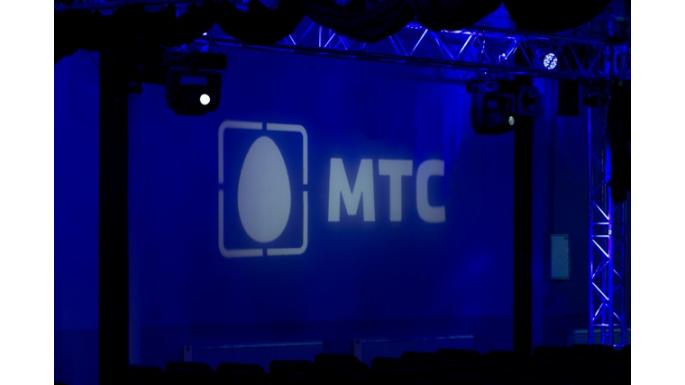 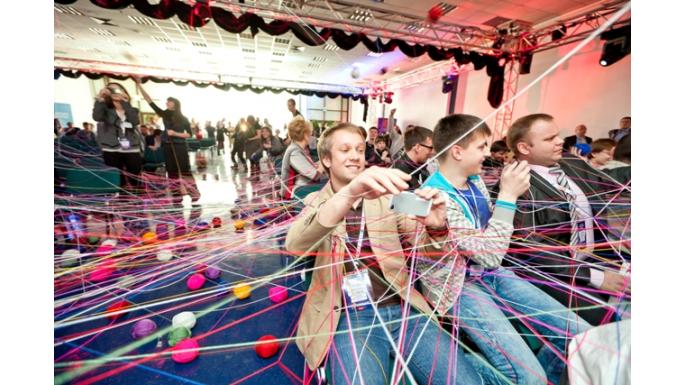 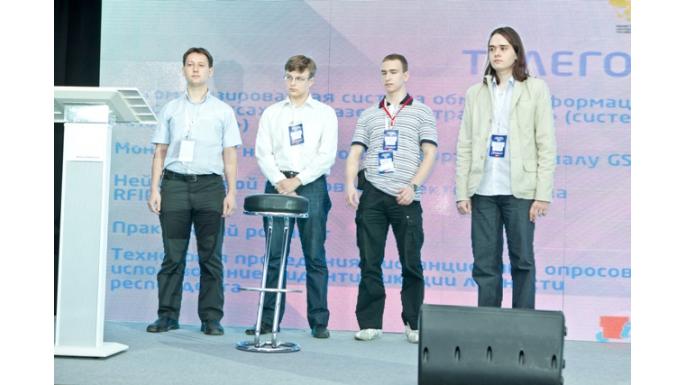 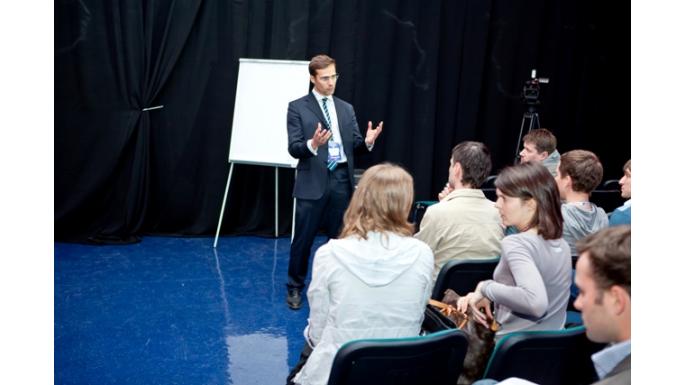 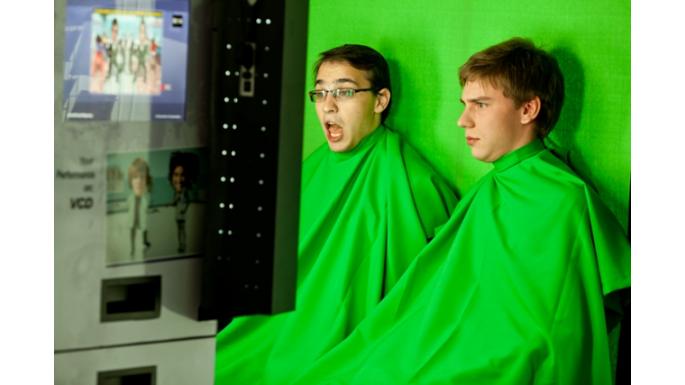 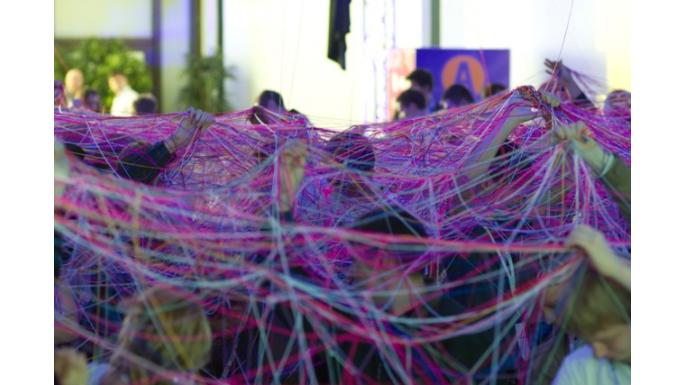 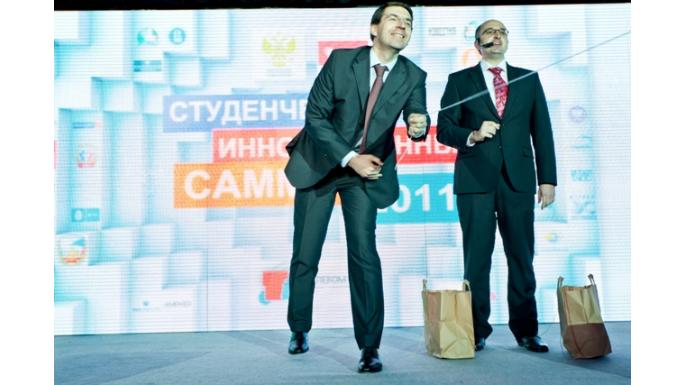 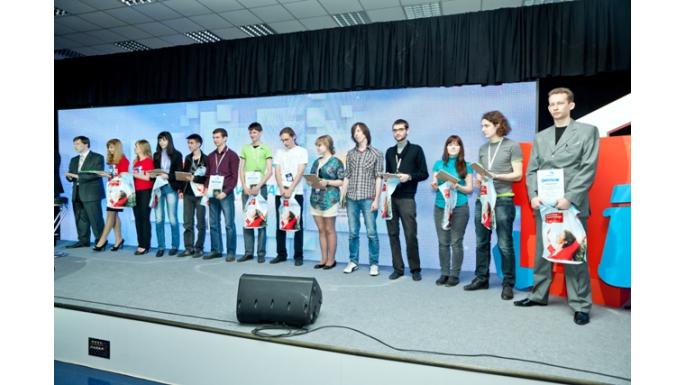