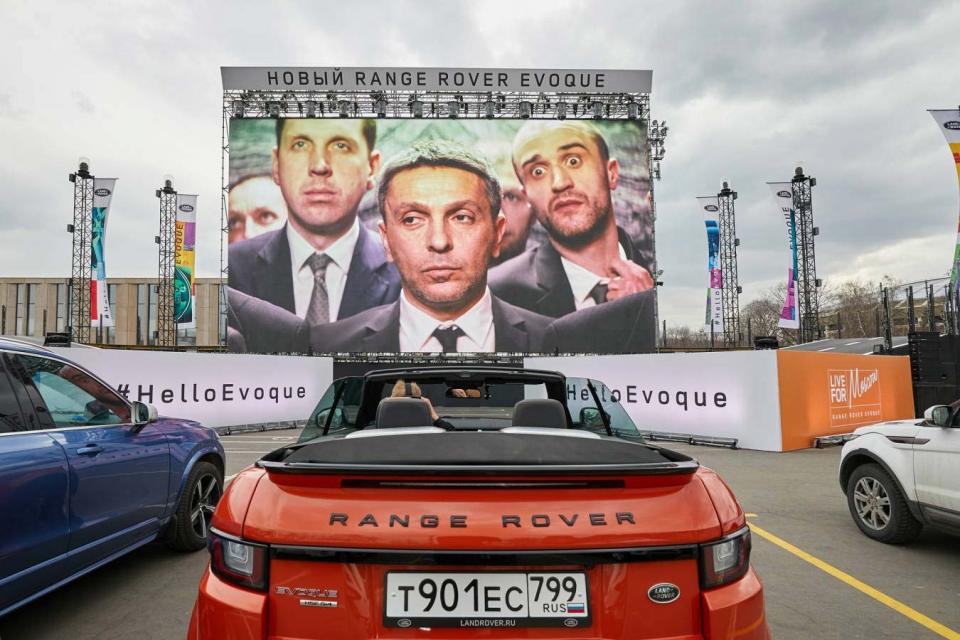 The era of mass consumption only emphasizes the importance of an individual approach to the consumer. The most interesting things happen where different cultures collide. The most exciting stories can be born at the junction of technology and design, tradition and innovation, the future and the present.

Understanding how demanding their audience is, premium car brands build communication based on impressions and emotions.

You cannot surprise a sophisticated resident of a metropolis with vivid special effects: he will only remember what resonates with his interests, environment and habits. The feeling that the brand shares your values ​​helps to form a non-verbal connection between the consumer and the product. Marketers traditionally call this loyalty. Is it any wonder that car presentations are transformed from a regular show into an experience zone?

Tasks
In the spring of 2019, Land Rover introduced the new “urban” Range Rover Evoque to the Russian market. The company is positioned as the most sophisticated and roomy SUV in the Premium Compact class. Accordingly, his audience is very selective - people aged 27-40, modern, successful, open to new things. They are on the “you” with all kinds of gadgets, play sports, keep abreast of all trends, make ambitious career plans.

The task was not limited to the presentation of a new model. The client sought to organically reflect the values ​​of his brand, in the first place to interest existing car owners, so it was necessary to study in detail the behavior and interests of the target audience.

Idea
The brief is based on insights about the lifestyle of the target audience. Firstly, its representatives live in the era of mass creation and consumption of content, in the information "basket" - vlogs on YouTube, stories, podcasts, Telegram channels and other formats. Secondly, CA is hooked on TV shows, and video services are trying their best to satisfy the demand for an exciting product. If you look at the global market, you can see how even platforms not aimed at video invest billions of dollars in the production of unique content for the sole purpose of being able to compete for the attention of the viewer (for example, Apple and Amazon).

So the idea of ​​EVOQUE CINEMA was born - an autocinema for the elite in the very center of Moscow, where the first run of the short series from Range Rover should take place. In four short episodes, the brand told stories of the near future in the dystopian genre and at the same time unobtrusively revealed the positioning and characteristics of the new Evoque.

The authors wanted to convey a simple but important idea - even in the era of technology and gadgets there are things that should remain unchanged - friendships, memories, human emotions and ... a luxury car.

When you sit in the “auditorium” behind the wheel of a car, goosebumps run through your body. It would seem that these utopian plots of the series that were unfolding on the screen are impossible. But look around - this is our reality.

Initially, Eventum Premo and Room201 took the acclaimed series “Black Mirror” as a reference to the dystopian series and decided to follow its principle - to invite a separate creative team, which included the producer, director, cameraman and technical specialists, to shoot each episode. This is what helped to achieve one of the main tasks of the series - to look at the same question from completely different angles.

Implementation
The venue for the presentation of the series - the closed cinema EVOQUE CINEMA - was selected parking on the territory of Luzhniki Sports Complex. It was from April 19 to April 21 that film screenings took place, each of which ended with a spectacular release of the car - appearing on stage right from the screen. Inspired after watching, viewers at the same moment could feel like the heroes of the series (or just residents of the megalopolis of the future), because immediately after the end of the movie part, the demo races of the new Range Rover Evoque started on the site - with the participation of the very cars that became the heroes of the shoot. In just 3 days, about 1,500 people visited.

For guests who arrived at the site by taxi or public transport, additional Land Rover cars were provided, which complemented the open-air cinema and made it possible for all guests to enjoy the exterior and interior of the Land Rover while watching.

But the viewing did not leave the cinema guests indifferent: following the insights of the target audience and taking into account the love of its representatives for media interactive, the creative team of the project created mechanics at the event that allowed the audience to influence the development of the plot in the episodes. Each viewer at a certain and designated moment in the series could vote for a particular plot move with the help of his car’s turn signal. Thus, both the guests of the cinema and the hero of the event - Range Rover - became not only observers, but also participants in what was happening.

Even the smallest cinema guests could find something to their liking - in a separate area, the organizers of the event created a children's test drive that almost completely repeats even the most difficult obstacles - only in miniature. Little drivers were required to take pictures and receive a document - their first driver’s license, after which, under the guidance of an instructor, they got into children's cars - exact copies of the Range Rover Evoque. Both children and parents were satisfied - it is known that brand loyalty and the desire to choose the best has been formed since childhood.

For the real drivers, who are waiting for their slot for an “adult” test drive, an extreme photo zone worked, suggesting that the new Range Rover Evoque will drive to a height where an advertising billboard is installed, where you and your Range Rover Evoque are the heroes of the big city. Guests shared their photos, which can be viewed on the official hashtag #helloevoque.